Do. Black Lives Matter And To Whom? 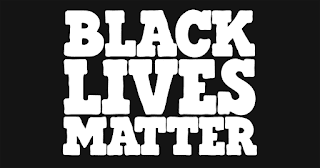 Let’s be honest. I have said this before and will say it again. Yes, there is racism in the country. Yes, there is police brutality. Bottomline the way blacks – black men are treated by the police is simply unacceptable, but equally unacceptable is the disrespect of life blacks seem to have toward other blacks. I submit to you the black lives in Chicago, St. Louis, Baltimore, and Detroit.

On any given weekend or holiday the rate of black lives being lost in those cities at the hands of other blacks is unconscionable. You can’t blame this on white people, for blacks are doing the killing.
Something else to consider, under President Barack Obama (who served two terms as president and with two black attorney generals Eric Holder and Loretta Lynch), more blacks were killed under his watch then under Ronald Reagan, George Bush, Sr, Bill Clinton, and George Bush, Jr.
Remember the high profile police killings of Eric Garner, Michael Brown, Trayvon Martin, Tamir Rice, Freddie Grey, Keith Lamont Scott, Philander Castile, just naming a few.  Also, let us not forget the killing of Hadiya Pendleton. She was a 15-year-old black teenager, who had performed at Obama’s second inauguration.

She wasn’t killed by the police, or a white person but was murdered by a stray bullet in Chicago by another black.  Now what these killings share in common is that they all took place while Obama was at the reign and in Democrat-held cities and states.  Why didn’t they do something about it?
At the time of Hadiya’s death in 2013, she became the year’s 42nd murder victim in Chicago. The year prior, 506 people were slain in the home town of Obama. What did he do besides speaking out against law enforcement? Nothing. And there were no massive marches or outcry from Democrats or the liberal media about her black life or any other black life taken at the hand of another black.

Why is it massive protest and marches are staged when a black life is taken by a white police officer (which doesn’t happen often). When the loss is caused by a black person complete silence.
As I write this piece and you read it, a black life is being taken by another black. You will never know about it, and if you do it’s a footnote mention. Gosh, I wonder if black lives matter to black people?
Saying “All Lives Matter” isn’t the popular thing to say (albeit true), for the left’s response is they never said all lives didn’t matter. White liberals will even get in your face to argue the point that black lives matter. Yet, when it comes to that basic question that those same  black lives matter when taken at the hand of another black the response is silence.
All the time spent trying to get white people to say and believe black lives matter seems superfluous, when blacks don’t seem to think their lives matter. So it begs the question if black lives matter when exactly does it matter and to whom? It certainly doesn’t seem to matter to black people.
“And we are not saved…”
Posted by Smell The Political Coffee at 8:46 PM No comments: